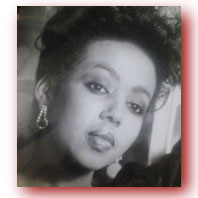 The Girl with Three Legs

My name is Soraya Miré and when I was thirteen years old, the girls on the playground would taunt me, saying I could not play with them—not as long as I walked with three legs. Confused and hurt, I went to my mother, who mysteriously responded that the time had come for me to receive my gift. I soon discovered the horror of the “gift,” female genital mutilation (FGM), whereby a young girl’s healthy organs are chopped off not only to make her acceptable to a future husband but also to rein in her “wildness.”
In my book, The Girl with Three Legs, I reveal what it means to grow up in a traditional Somali family, where girls’ and women’s basic human rights are violated on a daily basis. A victim of FGM and an arranged marriage to an abusive cousin, I was also witness to the instability of Somalia’s political landscape: my father was a general for the military dictator Mohamed Sian Barre, and my family moved to the inner circles of Somalia’s elite. In my journey to recover from the violence done to me, I realized FGM is the ultimate abuse, a ritual of mutilation handed down from mother to daughter and protected by the world “culture.”
I am a human rights activist, filmmaker, spokesperson against female genital mutilation, and the recipient of the United Nations’ Humanitarian Award. I wrote, directed, and produced Fire Eyes, the definitive film on FGM. I appeared in The Vagina Monologues in London, on Broadway, in Madison Square Garden, and in Los Angeles; and I have been featured on The Oprah Winfrey Show, Nightline, and other programs; and articles about me have appeared in publications such as the New York Times, the Los Angeles Times, and Essence. I live in Los Angeles. California.